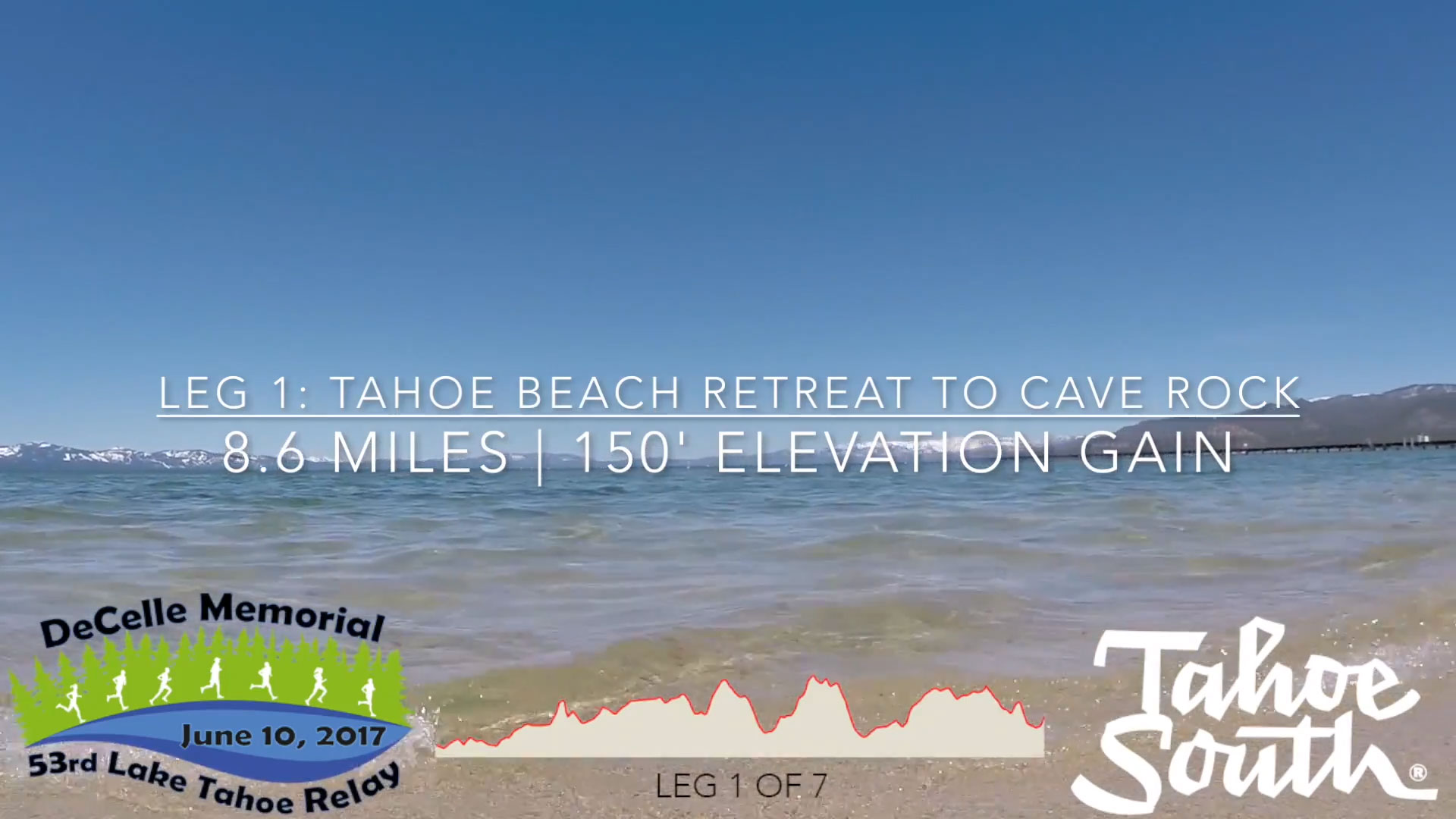 Leg 1 Of The Lake Tahoe Relay

Lake Tahoe has majestic views, tons of activities, and a plethora of dining options. It makes sense that Hollywood has used Lake Tahoe as a backdrop for so many films over the years. Here are a few of our personal favorites to check out before you arrive:

These films also inspired us to create a series of videos highlighting each leg of the race. Our first video is about Leg 1. Don’t forget the Tahoe Beach Retreat is offering SPECTACULAR discounts and is centrally located for all the activities regarding the relay race.

The first segment starts out mainly flat, flying through South Lake Tahoe and Stateline. It is speckled with rolling hills to keep it interesting and finishes near the tunnel called Cave Rock. The tunnel dates back to the Lincoln Highway. Originally the highway was routed along a single lane hanging bridge and rock wall built in 1863. Recognizing the inadequacy of the single lane road, efforts began to improve capacity on the primary road to Lake Tahoe. The first bore was constructed in 1931, as part of a reconstruction of a 3-mile (4.8 km) section of the Lincoln Highway. in Utah. The first traffic began flowing through the bore in mid-September of that year. Construction on the second bore began in 1957, when US 50 was widened to four lanes, at a cost of just over $450,000 (equivalent to $4 million today). Coincidentally, both bores were constructed by Utah-based construction companies.

What remains of the single lane hanging bridge that predated the Cave Rock tunnel?

The remnants of the hanging bridge that was replaced by the Cave Rock Tunnel which carries modern U.S. Route 50 along the eastern shore of Lake Tahoe – Photo by: Moabdave (wikimedia)

Cave Rock Is Considered Sacred By The Washoe

Another interesting fact is that the Cave Rock area is considered sacred by the Washoe tribe. The Washoe tribal leaders were not consulted about the construction of either bore, and were upset about the perceived desecration of their tribal lands. Within the last decade, the Washoe Tribe has had a larger influence on Cave Rock and its historic preservation. In 2007, the Federal Government ruled on a precedent-setting case that has restricted activities around the tunnel, such as rock climbing.

From this location, the transition to your next team mate will be at the Cave Rock Boat Launch. All cars following the race will temporarily park at the boat launch, giving every team a chance to switch runners easily.