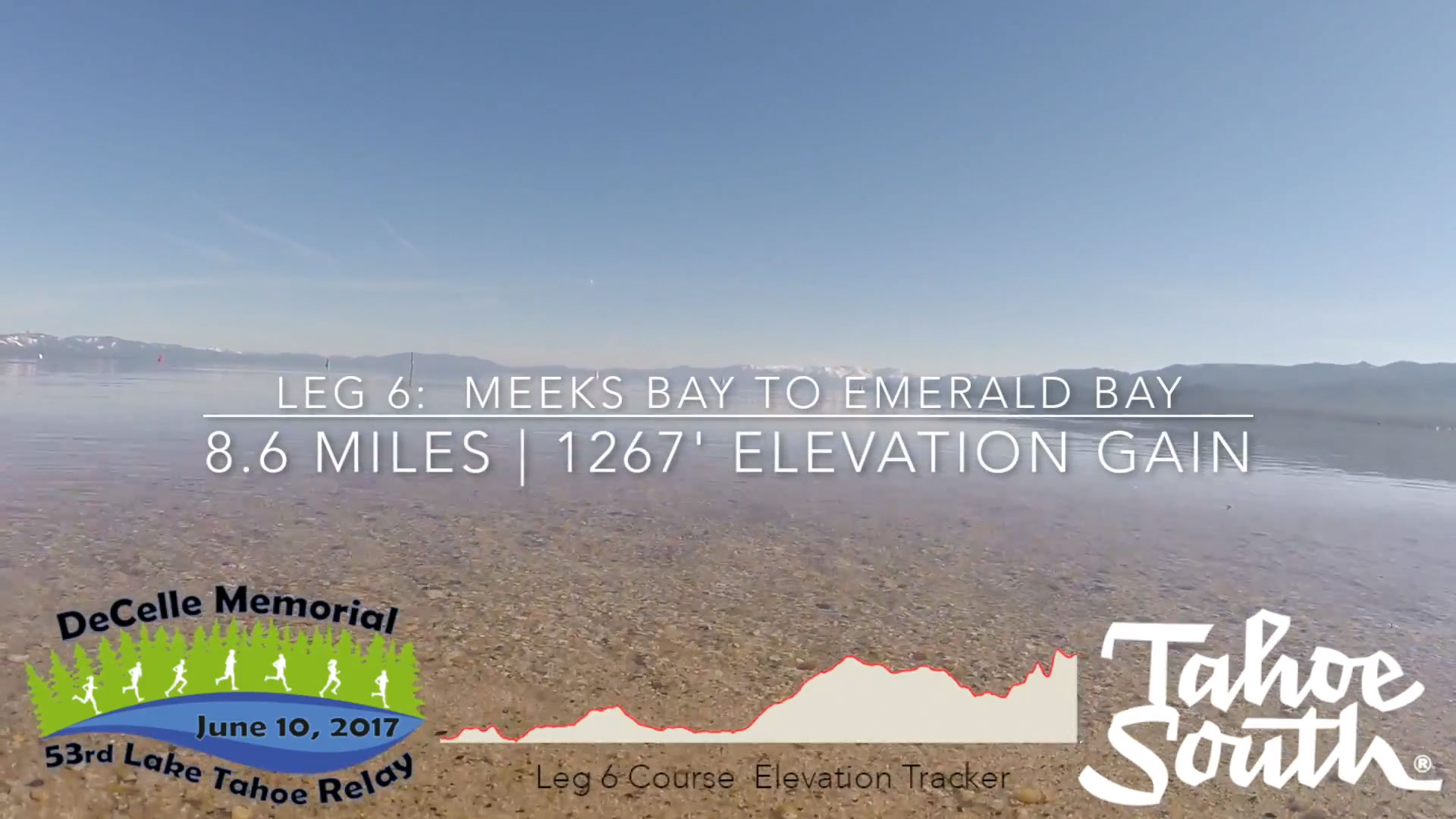 This is the shortest leg but it also has the biggest climb at over 1200′. The true ‘mountain enthusiast’ on the team will get the opportunity to climb DL Bliss Hill, clocking just under 3 miles with an average grade of 4.5%. Once over the top of DL Bliss, you’re treated to a few small descents and ascents before the final breathtaking descent into Emerald Bay.

From Vikings to Eagles…

Named after its’ namesake Emerald Bay State Park of California was established in 1953. The park features include Eagle Falls and Vikingsholm, a 38-room mansion that is considered one of the finest examples of Scandinavian architecture in the United States. The architect, Leonard Palme, was hired by his aunt Laura Knight to design and build Vikingsholm. The park also contains the only island in Lake Tahoe, Fannett Island. The park can be accessed by California State Route 89 near the southwest shore of the lake.

Years after it was established as a state park in 1969 Emerald Bay was recognized as a National Natural Landmark by the federal Department of Interior. Then in 1994 the California State park expanded to include the surrounding water of the bay as part of the park, making Emerald Bay one of the first underwater parks of its type in the state, protecting the various wrecks and other items on the bay’s bottom.

While running the Lake Tahoe Relay through Emerald Bay don’t forget to pull out the camera! This is one of Lake Tahoe’s most photographed and popular locations along the entire shore. In the end, this segment might have the most pain but you’ll be given bragging rights that you ran Emerald Bay. How many people get to say that?!?